But what happens to the homeowners and business owners who make claims because their metal roofs have dents from the same hail storm? A reasonable person would presume that the insurance companies would promptly take care of their customers who have sustained damage to their metal roofs. Unfortunately this is not what typically happens. Some insurance companies will send out an adjuster who will try to explain to the policyholder how dents in the metal do not really hurt anything and that because the roof is not leaking, the damage is minimal in nature. Some agents and adjusters will even try to persuade the policyholder to withdraw the claim. For the policyholders who do not accept this way of thinking, the next step will be for the insurance company to offer to "Coat" or "Seal" the roof. This is simply a way for the insurance company to make a "Lowball" offer to their policyholder in hopes that the policyholder will take the offer and forget about actually replacing the damaged roof. Lets face it, coating or sealing a dented roof does not do anything to remove the dents or return the metal back to its "Pre-Loss" condition, which is exactly what the concept of insurance is based on.

The policyholder wisely sought out professional advice and turned to the local powerhouse law firm for assistance. Brandon McWherter of Gilbert | Russell | McWherter | Scott | Bobbitt  PLC called on the court to determine if dents in a metal roof are considered Direct Physical Loss or Damage under the policy of insurance. The court determined, as a matter of law, that:

"if there are hail dents to the metal mansard roofs, no matter whether they are visible from the
ground or visible with or without the aid of chalk, then such dents constitute direct physical loss
or damage under the insurance policy and therefore constitute a covered claim under the policy." 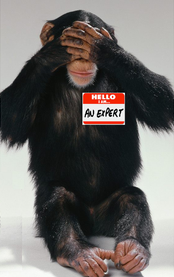 Cosmetic Damage Caused by Hail is a 'Direct Physical Loss'

"the dents have not affected the aesthetic value of the roof covering."

When it Comes to Insurance Policies, There is No Difference in Cosmetic Damage and Functional Damage